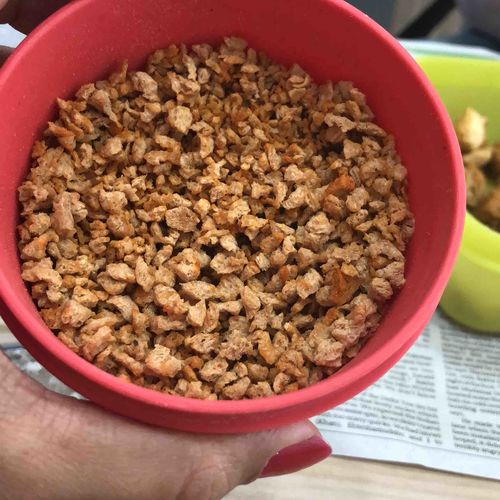 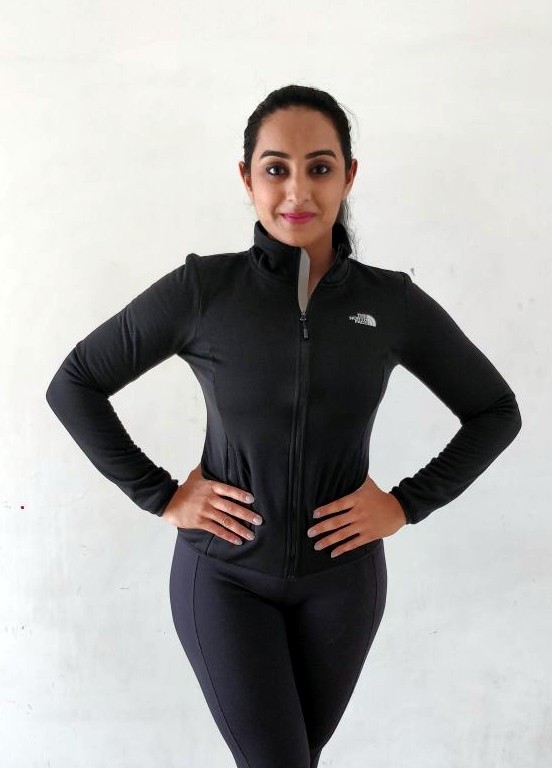 Oh hello there Vegetarians 🙋🏻‍♀️ Soya ki na soya? 🤙🏻 So Venky ji k kitchen se aayi hai ye recipe. Swipe right to check the soya Kurkure and do let me know if you have overcome your soya horrors. Becoj 50g of Soya is 0.2g fat/ 10g net carbs/ 26g protein!!! . . How to? Take desired amount of Nutrela Soya Mini Chunks and just add 5ml oil (Adjust it from your diet). Heat the oil on a pan and add soya ( make sure its raw soya and not to be washed in water). Heat the soya in medium flame well till it becomes light brown (Avoid heating too much or else it will turn black). Remove the soya from the pan and put in a plate, then sprinkle chilies powder,pink Salt,Chaat masala and mix it well according to your taste (Make it a bit spicier) with the heated soya so that the masala gets stuck to the soya. Take 5ml of oil again and put it in the pan and then put all the mixed soya again on the pan and let it heat well making sure that its not turning black. Remove it and allow it to cool. Then add some chilli flakes and enjoy the crispy soya throughout the day. It would taste like Kurkure.