Why is it Vitamin D so important? 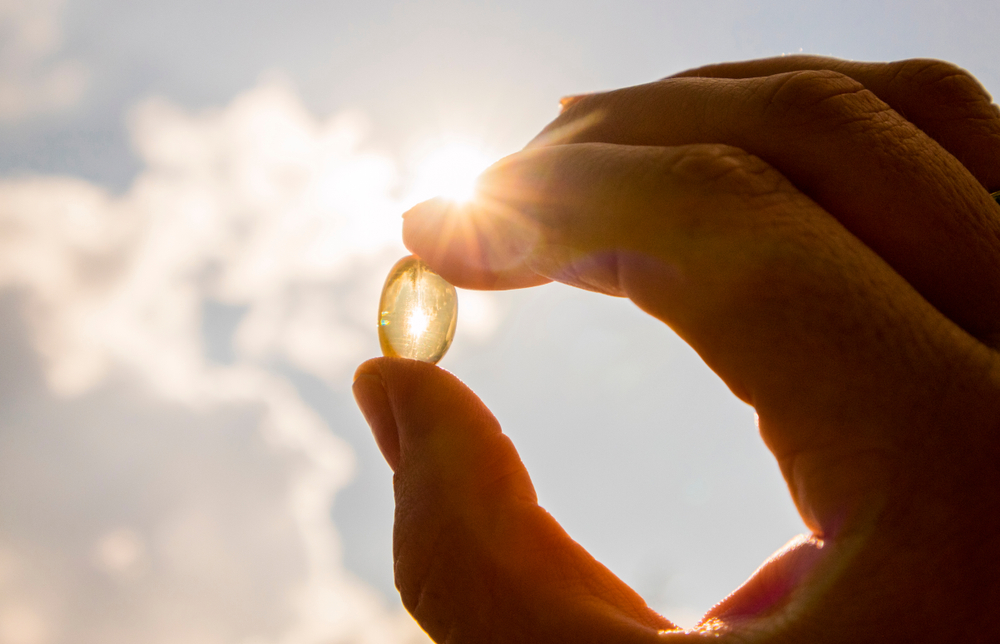 Suboptimal levels of Vitamin D are very common. This is found majorly among people whose skin exposure to sunlight (without protection from clothes or sunscreen) is limited. The darker the skin, the longer one needs to expose themselves to sunlight to synthesize enough Vitamin D. This is the reason people with darker skin have an increased risk of suboptimal Vitamin D levels ( Fan Xiang et al.,2015 ).

This situation doesn't improve as one ages. The older one gets, the less efficient the body becomes in synthesizing Vitamin D levels. The less time one spends outside, the less Vitamin D, one is likely to get through food that is one cannot get enough vitamin from f ood if the individual spends less time outside. . This, in turn, leads to carrying more fat around the belly, as belly fat has been linked to Vitamin D deficiency. ( Meghan Meehan et al., 2014 ) (Matthias Wacker et al., 2013)

Primary evidence does suggest Vitamin D can benefit mood when it is supplemented by people with less-than-optimal vitamin D levels. While the effect has not been very thoroughly studied and needs more investigation, Vitamin D is a safe and cheap supplement.

Types of VIT D Vitamin D is commonly available in two forms. Ergocalciferol(D2) which is available in a handful of plants and fungi, whose primary D2 content can be increased dramatically when exposed to ultraviolet B (UVB) radiation, ( J A Ko et al., 2008 ) (Viraj J Jasinghe et al., 2005), whereas cholecalciferol (D3) is synthesized from the cholesterol of human skin when exposed to the sun's UVB rays (B Lehmann et al., 2001) (M F Holick et al., 1980) (Daniel D Bikle, 2011)

Vitamin D3 has been seen to be a bioavailable and stable form. As a supplementation, it is usually derived from lanolin, which is a waxy substance secreted by the skin glands of woolly animals, but a vegan-friendly option (a lichen extract) is also available.

Before turning into the supplementation, one should try incorporating foods rich in Vitamin D. Very few foods, contain, an appreciable amount of naturally occurring Vitamin D, with fatty fish being a notable exception (cod liver oil, in particular). For this reason, milk is commonly fortified with either D2 or, more recently, D3. Milk is rich in calcium, which vitamin D helps the intestines absorb. For the same reason, yoghurt, cheese, and breakfast cereal are commonly fortified with D2 or D3. Bread, margarine, and fruit juice (orange juice) can be also relied upon. Recommended Dose The recommended allowance for Vitamin D is set at 400-800 IU/day. At times this is too low for adults as with moderate supplementation, 1000-2000 IU of Vitamin D3 has been seen to be beneficial in most populations. Interestingly, a higher dose of 20-80 IU per Kg of body weight has also been a key range. The Final pict ure One must have a look at the entire body of evidence pointing to the benefits of Vitamin D. In the long term, Vitamin D has shown great evidence in various metabolic as well as endurance factors.Majorly, improvement in muscular control among the elderly, reduced risk of specific cancers, and also improving the absorption of calcium are the positive outcome of Vitamin D. Further, it also links to an improvement in mood affective disorders as well as pancreatic function. Therefore, an adequate amount of Vitamin D has to be maintained among adults to reduce any chance of deficiency-induced illness. I t is recommended that people having Vit D deficiency include these mentioned food items to meet the requirement. Moreover, in case of Vitamin D requirement is not met then this has to be done along with supplementation suggested by the doctor. REFERENCES: