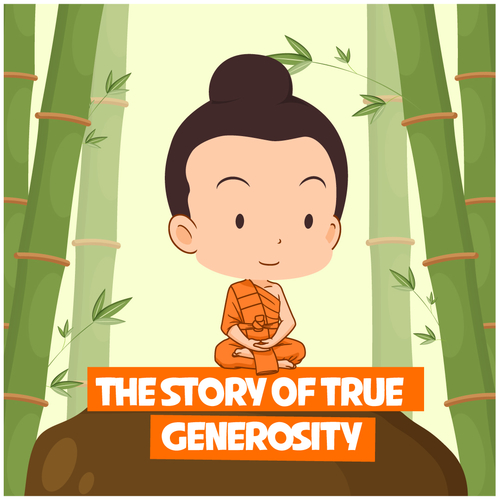 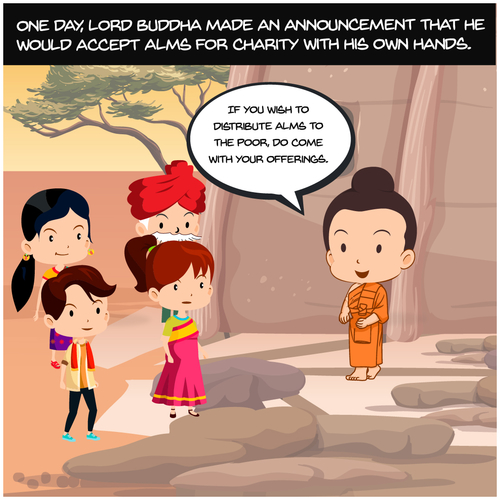 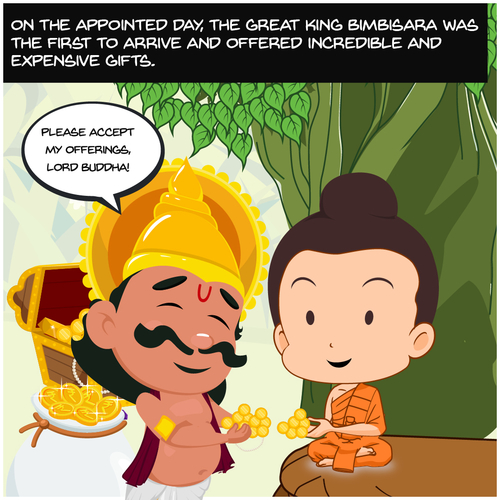 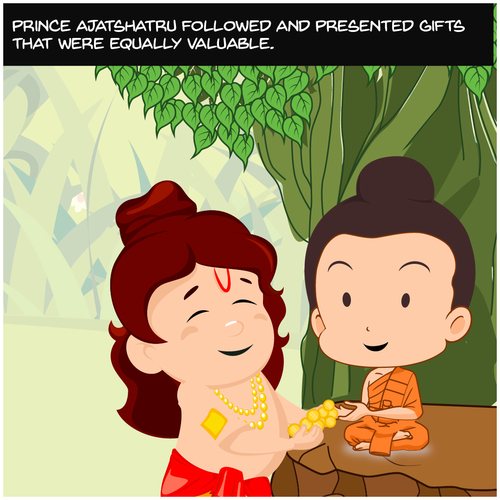 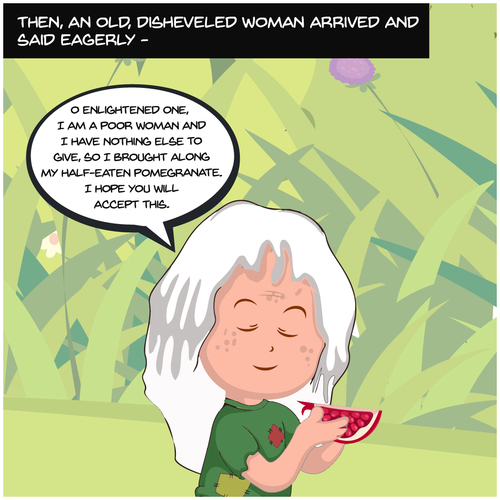 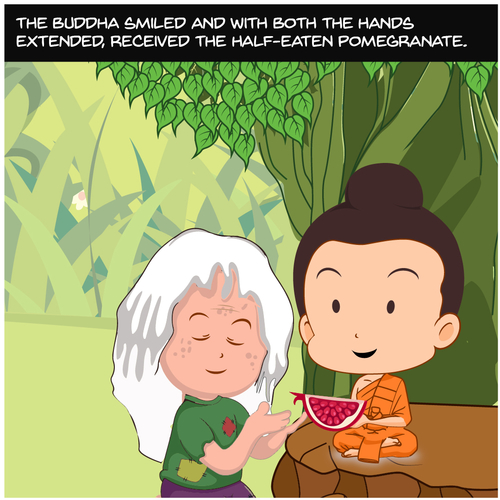 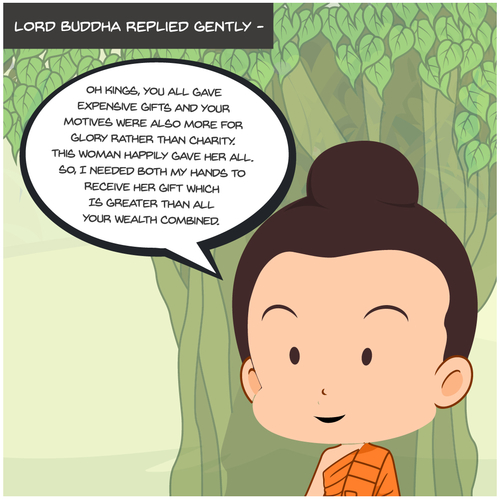 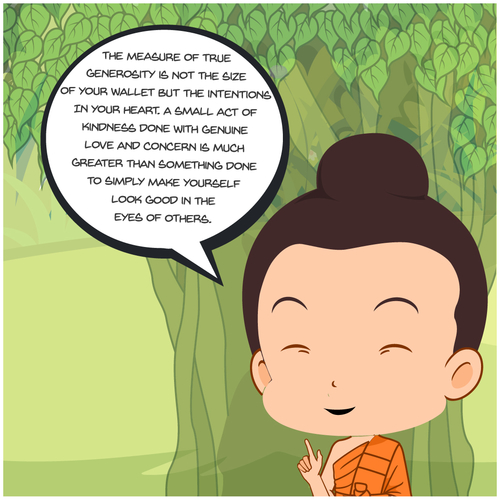 The Story of True Generosity

Motivation
One day, Lord Buddha made an announcement: on a particular day, he would accept alms for charity with his own hands. He told everyone who wished to distribute alms to the poor to come with their offerings.

On the appointed day, Lord Buddha sat under a tree to accept offerings. The great King Bimbisara was the first to arrive and offered incredible gifts: precious jewels, gold coins, large quantities of food, and deeds of lands and houses. Lord Buddha accepted all the gifts with the wave of one hand. Prince Ajatshatru followed and presented gifts that were equally valuable. Lord Buddha again received them with a wave of the hand. After this, many kings, nobles, and merchants presented gifts to Lord Buddha. For them, The Buddha again waved his hand to denote acceptance. Then, an old, disheveled woman arrived. She saluted Lord Buddha and said eagerly, “O Enlightened One, I am a poor woman and have nothing. When I heard the news that you were accepting gifts, I was eating this pomegranate and had already eaten half. I have nothing else to give, so I brought along my half-eaten pomegranate. My Lord, I hope you will accept this.” The Buddha smiled at the old woman. Then, with both hands extended, He received the half-eaten pomegranate. Everyone was astonished to see this. One King asked respectfully, “My Lord when we offered our gifts, you accepted them with a wave of your hand. But then, why have you reached out with both hands to accept this old woman’s gift which is nothing compared to what we offered?” Lord Buddha replied gently, “Oh Kings, you all gave expensive gifts indeed but none of you gave a tenth of what you possess. Your motives were also more for glory rather than charity. This woman gave her all and gave it happily. So, I needed both my hands to receive her gift which is greater than all your wealth combined.” Moral: The measure of true generosity is not the size of your wallet but the intentions in your heart. A small act of kindness done with genuine love and concern is much greater than something done to simply make yourself look good in the eyes of others.