The Story Of TheTwo Kings 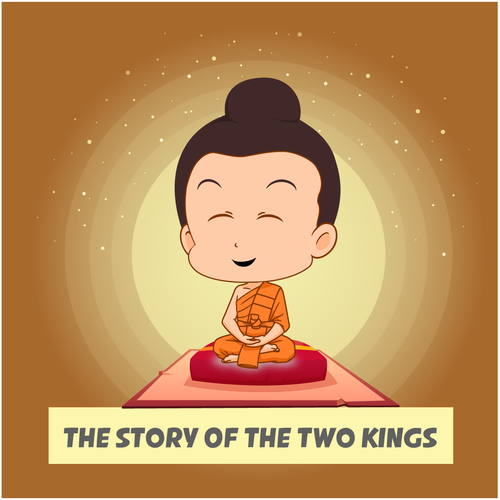 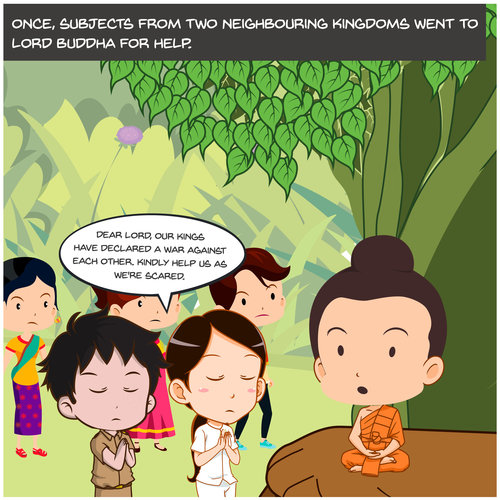 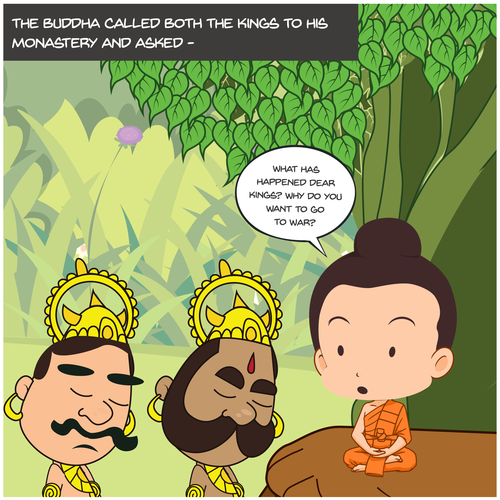 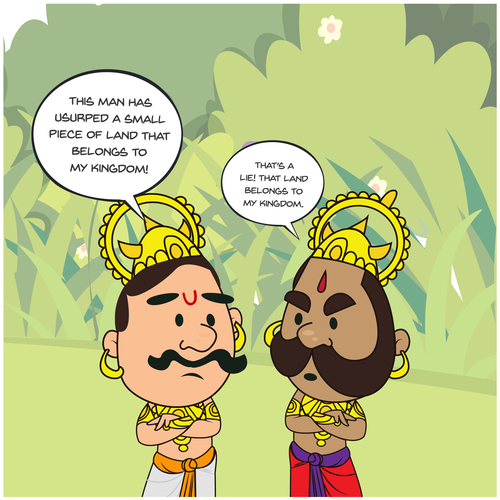 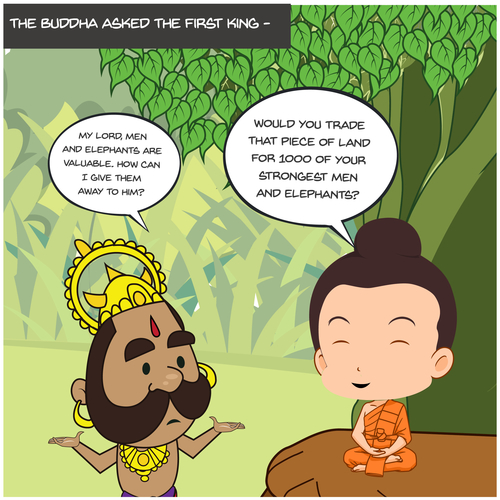 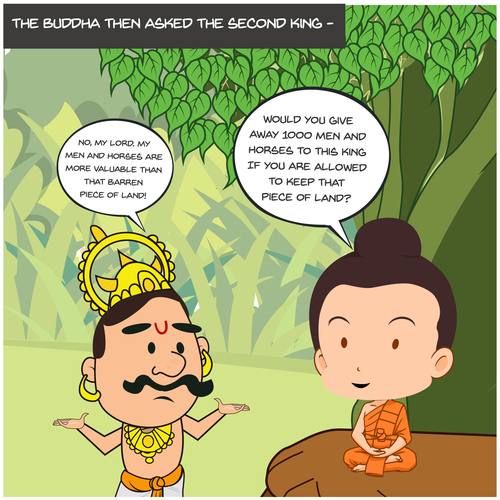 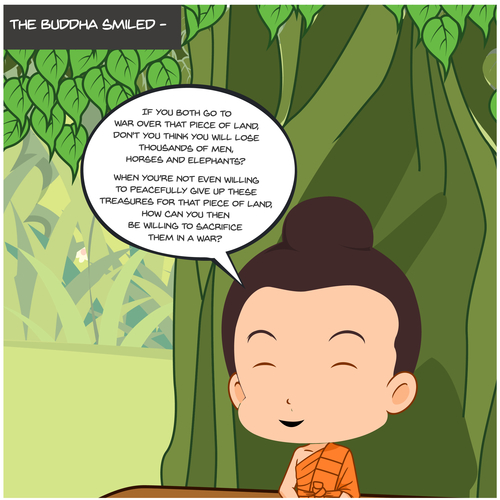 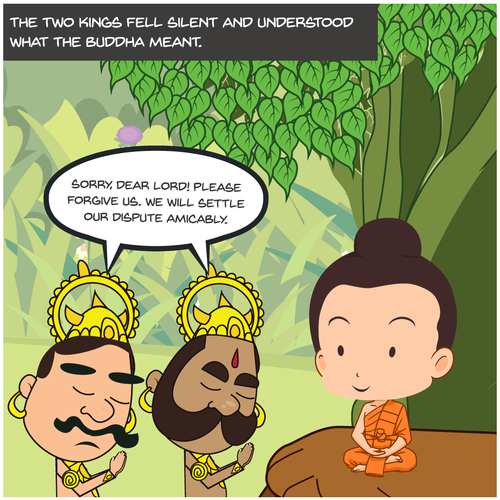 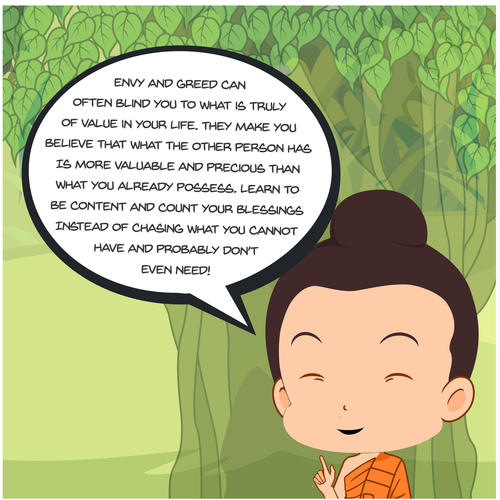 Next
Once, a number of people came to The Buddha with a problem. They were the subjects of two neighboring kingdoms who had just declared war against each other. The people were scared and asked The Buddha to intervene.

The Buddha called both the Kings to his monastery. He asked, “What has happened? Why do you want to go to war?” The first King said, “This man has usurped a small piece of land that belongs to my kingdom and he refuses to give it back!” The second King said with anger, “That’s a lie! That land belongs to my kingdom. He stole it from us!” The Buddha went quiet and thought for a bit. Then, he turned to the first king and said, “Tell me, O King. Would you trade that piece of land for 1000 of your strongest men and elephants?” The king was shocked. “My Lord, men, and elephants are valuable. How can I give them away to him?” The Buddha asked the second king, “Would you give away 1000 men and horses to this King if you are allowed to keep that piece of land?” The king said, “My Lord, my men, and horses are more valuable than that barren piece of land! Why would I give my men and horses for that?” The Buddha smiled. “If you both go to war over that piece of land, don’t you think you will lose thousands of men, horses, and elephants? Who knows, you may even lose your own lives.” He continued, “When you’re not even willing to peacefully give up these treasures for that piece of land, how can you then be willing to sacrifice them in a war?” The two kings fell silent. They understood what The Buddha meant. They bowed down to The Enlightened One and decided to settle their dispute amicably. MORAL: Envy and greed can often blind you to what is truly of value in your life. They make you believe that what the other person has is more valuable and precious than what you already possess. Learn to be content and count your blessings instead of chasing what you cannot have (and probably don’t even need!) 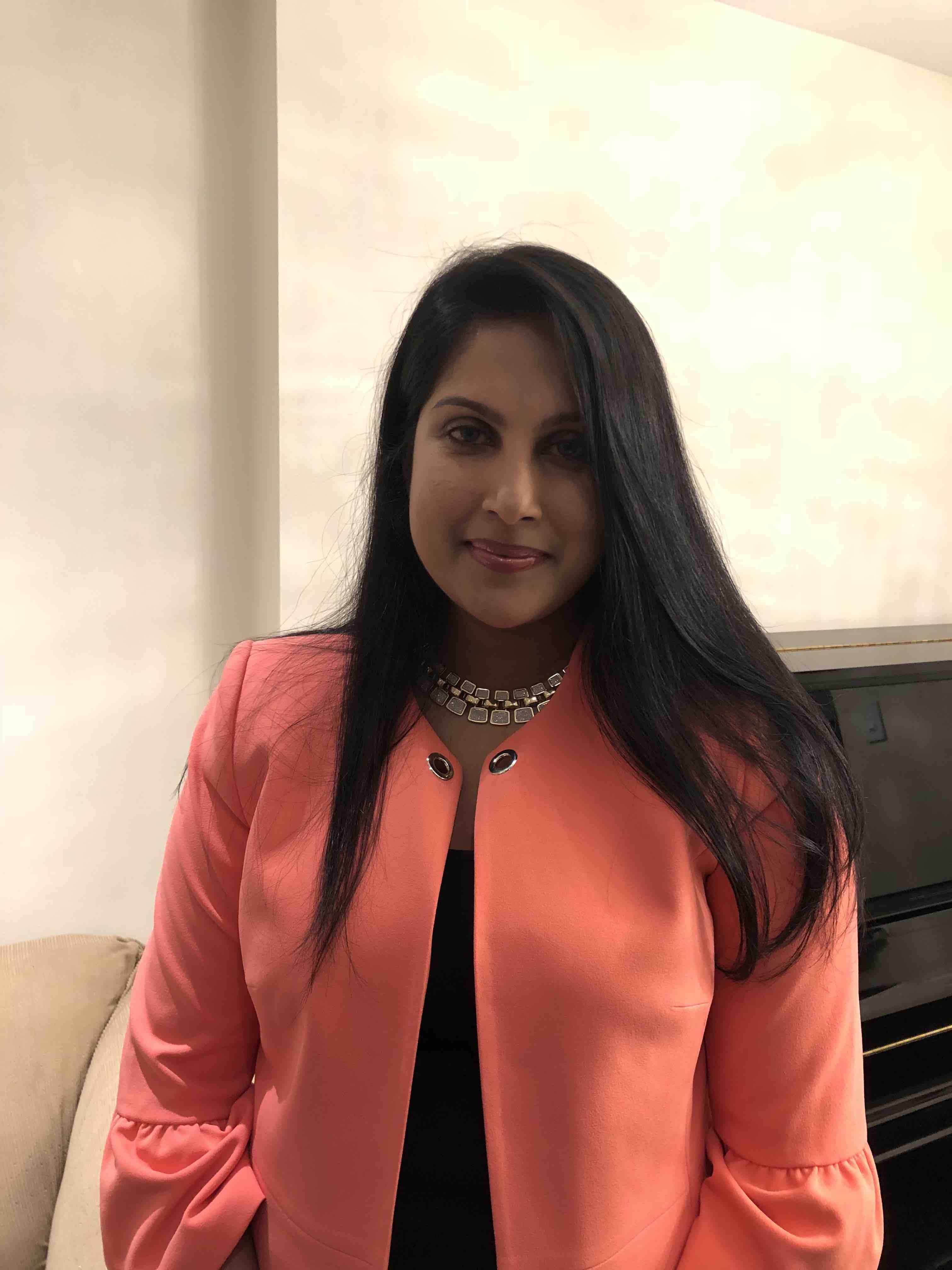