The Story Of The Stonecutter

9 months ago | 1 minute to read
Motivation 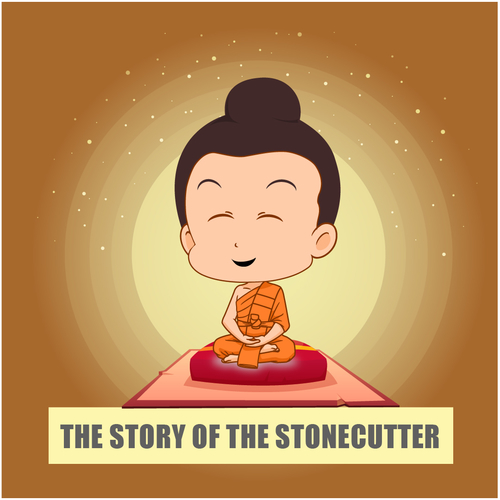 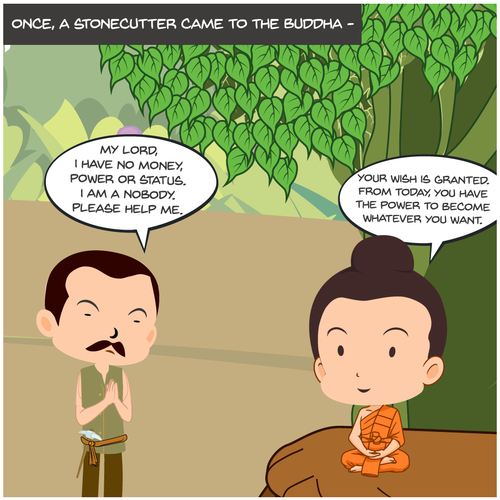 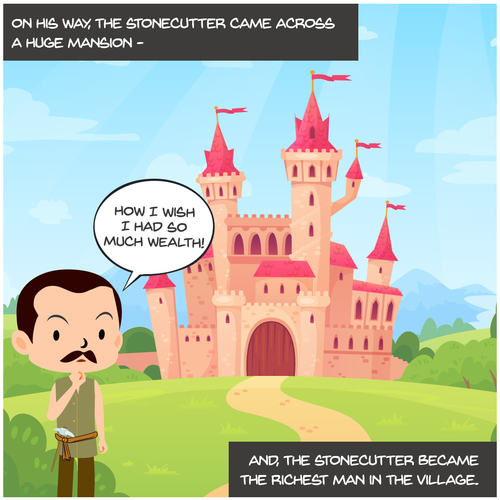 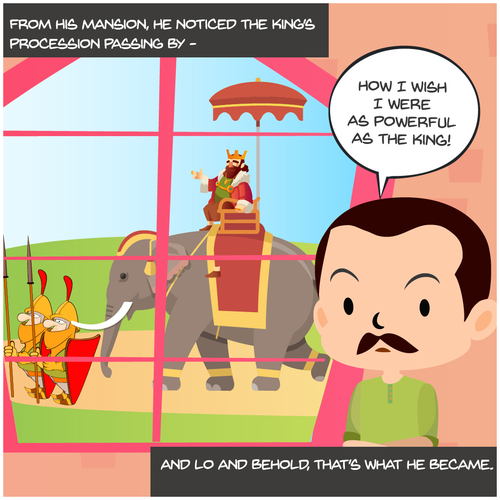 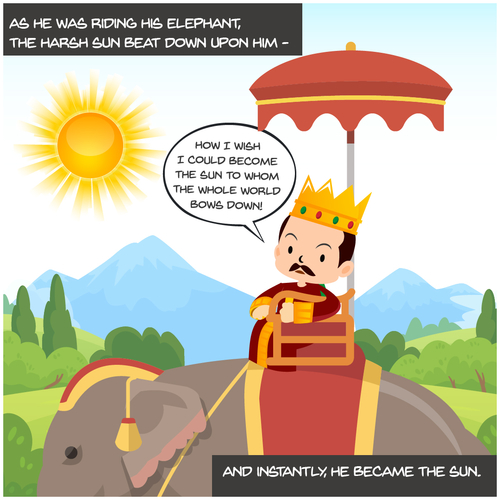 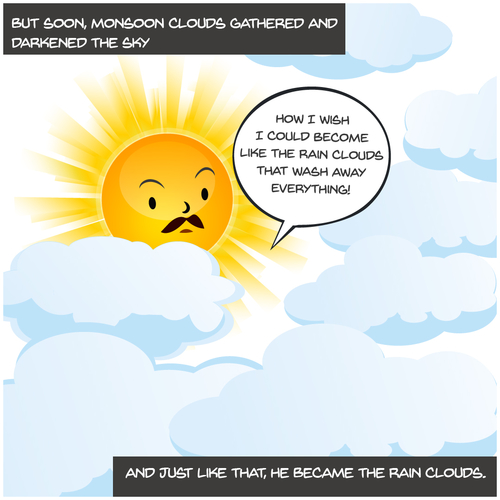 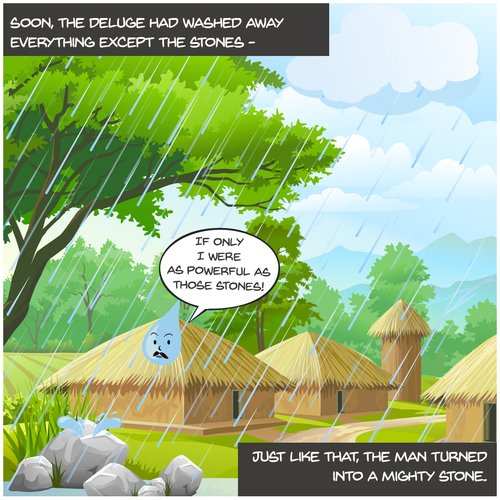 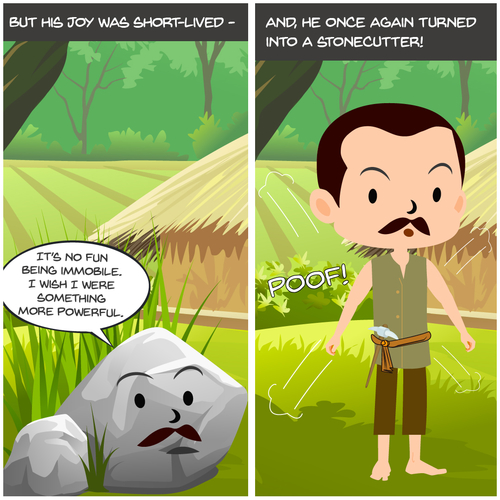 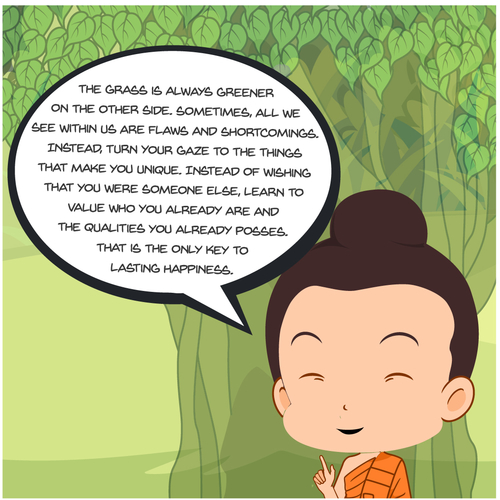 Next
One day, a man came to The Buddha.

“Sire, I am a lowly stonecutter. I cannot go on living like this!”. The Buddha said, “Your wish is granted. From today, you have the power to become whatever you want”. On his way, the stonecutter saw a mansion. “I wish I had so much wealth!”. And lo, he became the richest man in the village. Then, he noticed the King passing by on his elephant. “How I wish I were a King!” And that’s what he became. As he was riding his own elephant, the harsh sun beat down upon him. “I wish I could become the sun!” And instantly, he became the Sun. But soon, monsoon clouds darkened the sky. “I wish I could become the rain clouds!”. And just like that, he did. Soon, the deluge had washed away everything except the stones. “If only I were as powerful as those stones!” Just like that, he became a stone. But now, he was immobile. “If only I were something more powerful than stone”. And lo, he turned into a stonecutter! Moral: The grass is always greener on the other side. Sometimes, all we see within us are flaws and shortcomings. Instead of wishing that you were someone else, learn to value who you already are and the qualities you already possess. That is the only key to lasting happiness.