The Story Of The Buddha's Blessings

11 months ago | 1 minute to read
Motivation 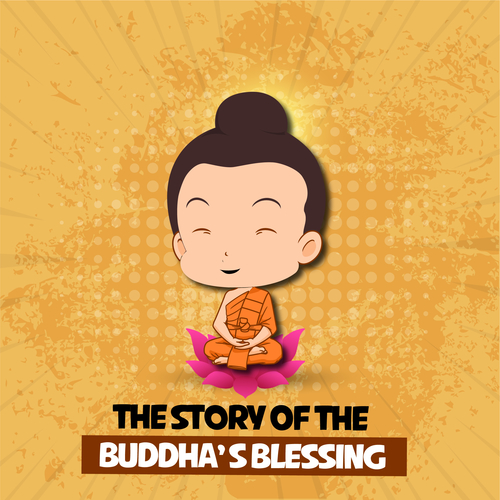 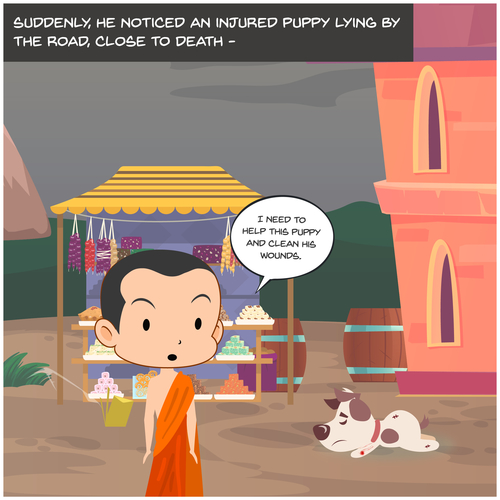 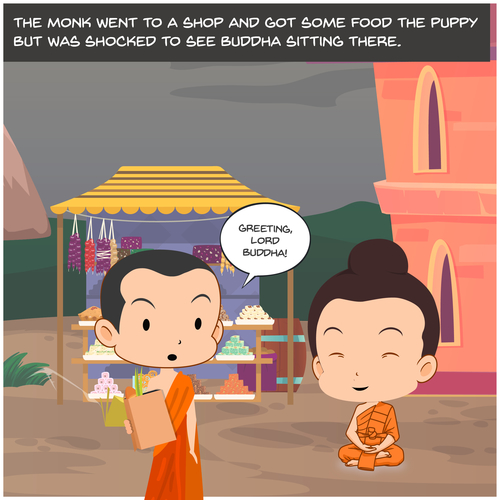 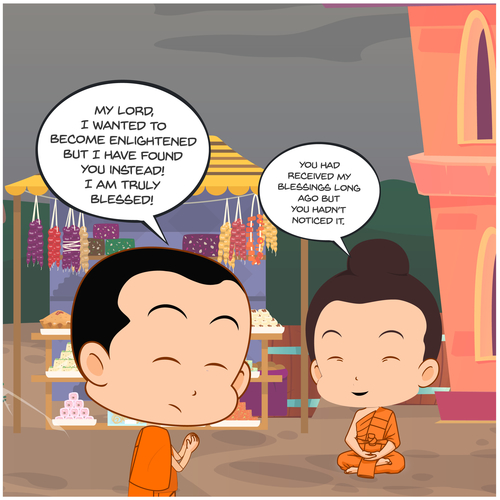 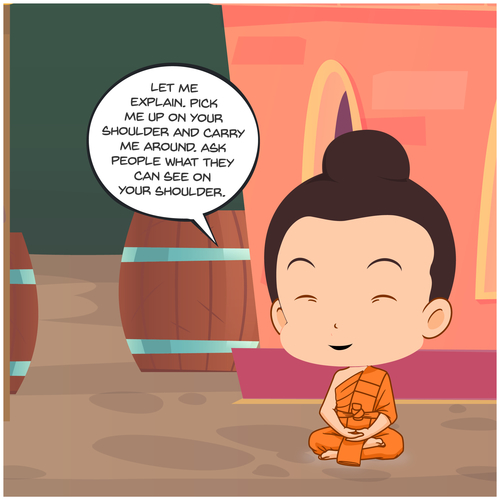 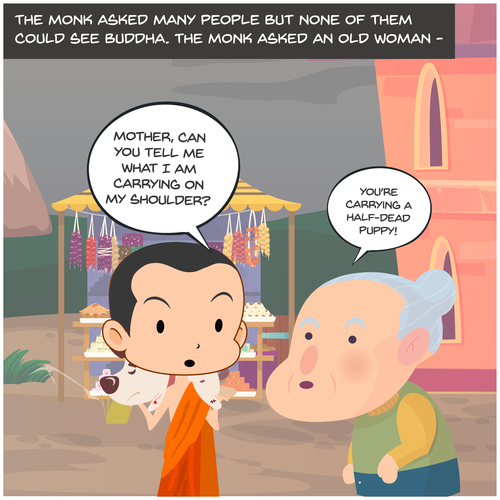 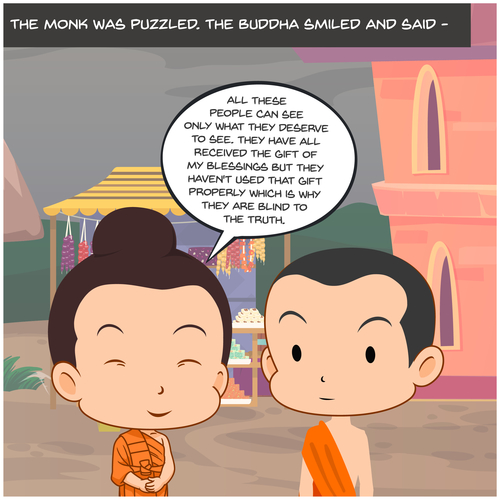 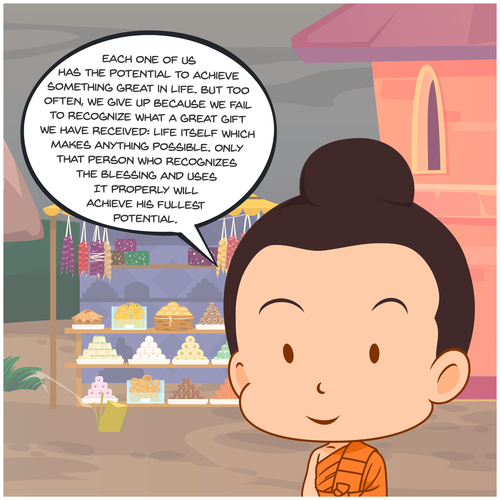 Next
Inspired by Lord Buddha, a monk decided to become enlightened and retreated to the mountains. Every day, he would wake up disappointed because he was the same person that he was yesterday.

Feeling dejected, the young monk gave up and came back to the town. As he walked through the market, he noticed a small injured puppy lying by the road. Moved by compassion, he went to get some food for the puppy from a nearby shop. When he returned, the puppy disappeared and in its place sat Buddha. “My Lord, I wanted to become enlightened but I have found you instead!” The Buddha said, “You had received my blessings long ago but you hadn’t noticed it.” The Buddha continued, “Let me explain. Pick me up on your shoulder and carry me around. Ask people what they see.” The monk did as he was told. The monk asked many people and they all replied - “I don’t see anything on your shoulder!” Then, the monk asked an old woman. “Mother, can you tell me what I am carrying on my shoulder?” She said, “You’re carrying a half-dead puppy!” The monk was puzzled. The Buddha said, “All these people can see only what they deserve to see. They have all received the gift of my blessings but they haven’t used that gift properly which is why they are blind to the Truth.”