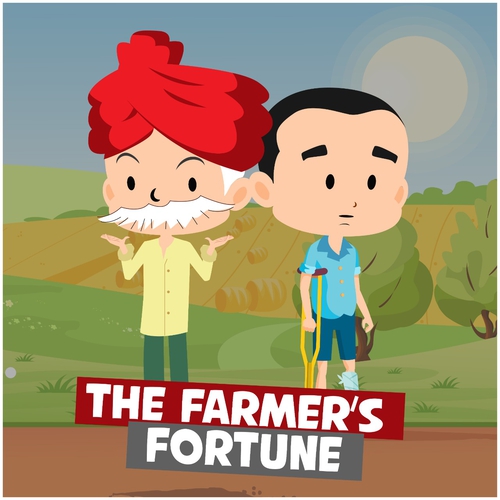 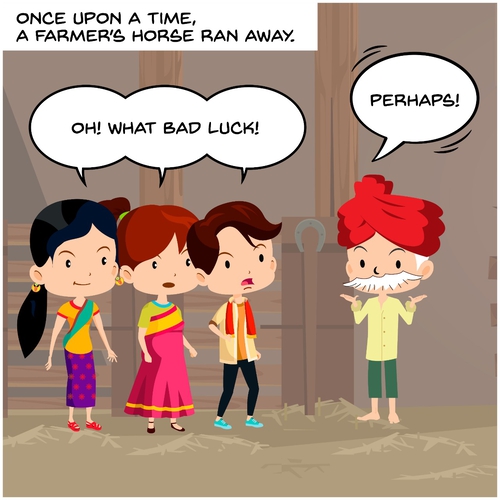 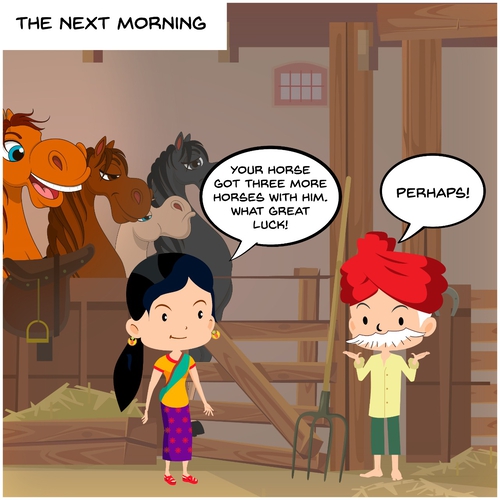 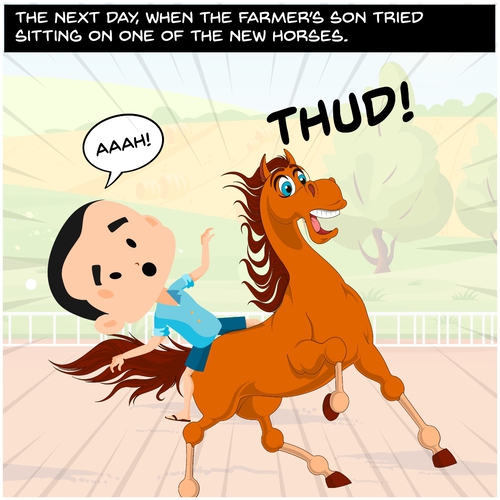 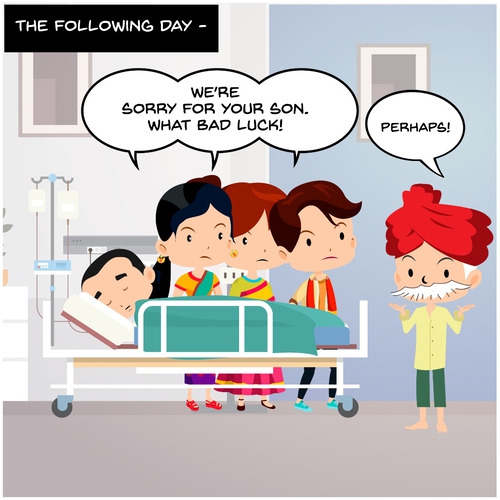 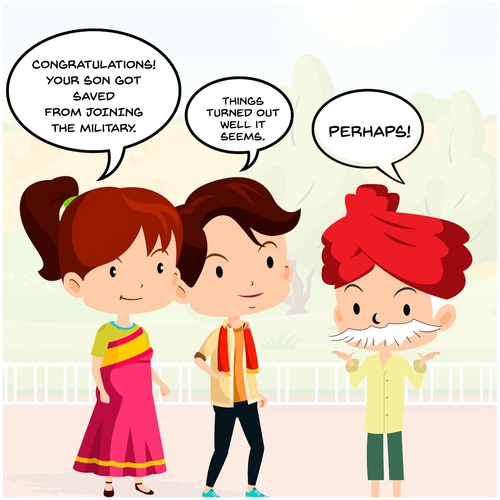 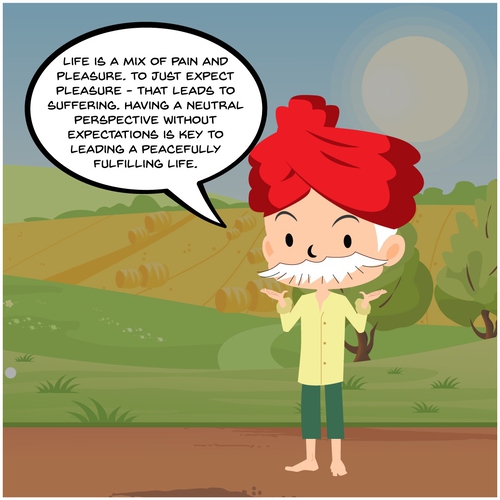 Next
The Farmer’s Fortune

Once upon the time, there was an old farmer who had worked his fields for many years. One day his horse ran away. When his neighbors heard about this, they came to offer their sympathies. "What bad luck!" they said. "Perhaps," the farmer replied. The next morning the horse returned, and with it, there were three other wild horses. "That’s such good luck!" the neighbors exclaimed. "Perhaps," replied the old man. The following day, his son tried to ride one of the untamed horses. But the horse threw him down and the boy broke his leg. The neighbors again came to offer their sympathies on his misfortune. "Perhaps," answered the farmer. The day after, military officials came to the village to recruit young men into the army. When they saw that the son’s leg was broken, they rejected him and passed by. The neighbors congratulated the farmer and told him how lucky he was to keep his son. "Perhaps," said the farmer... Many of us have had experiences where a curse turns into a blessing; rejection turns into redirection, and the unanswered prayer turns out to be the best thing that could’ve happened to you. Life is indeed a box of chocolates, you never know what you’re gonna get. The farmer wasn’t delusional or apathetic, he remained calm and equanimous no matter what life threw at him. Irrespective of what events were transpiring, he remained calm and knew fortune will eventually follow his misfortune. It’s important to have foundational beliefs that keep you composed, to appreciate and celebrate the good, and to face trials & tribulations knowing that they too shall soon pass. What are some of the foundational beliefs that you live by?

I already know the story but I love it !