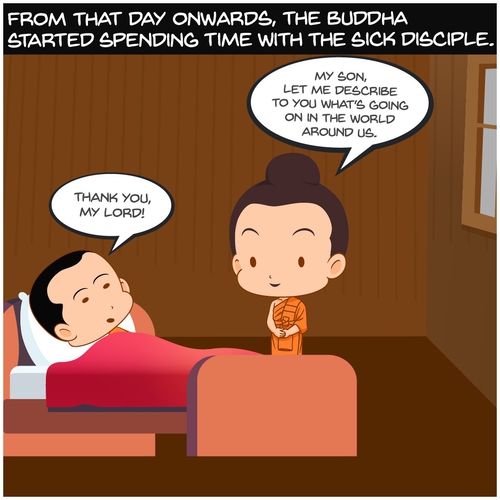 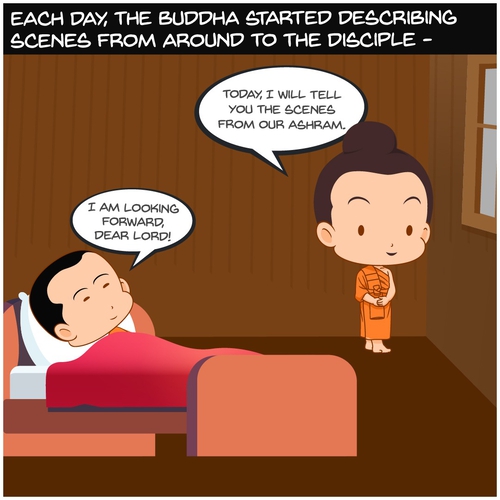 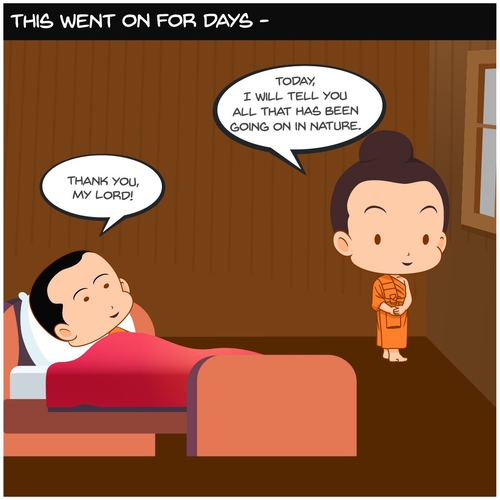 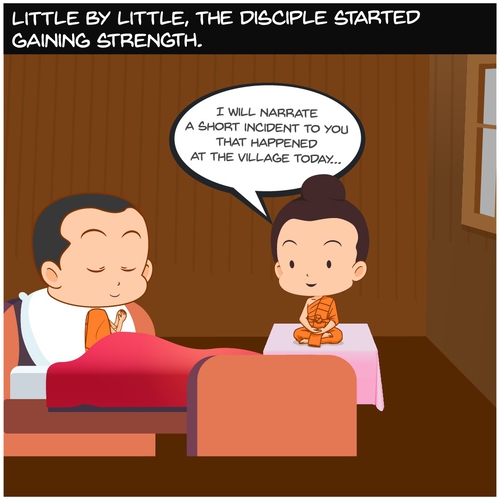 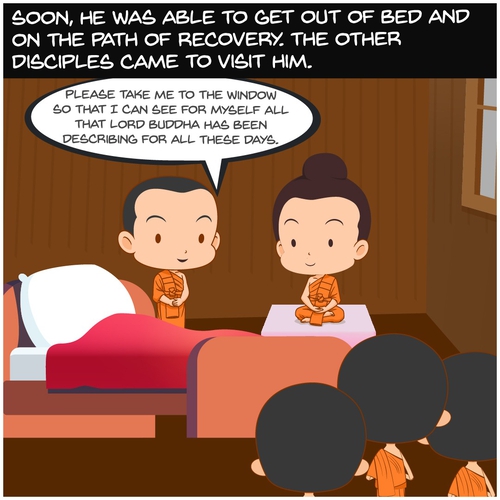 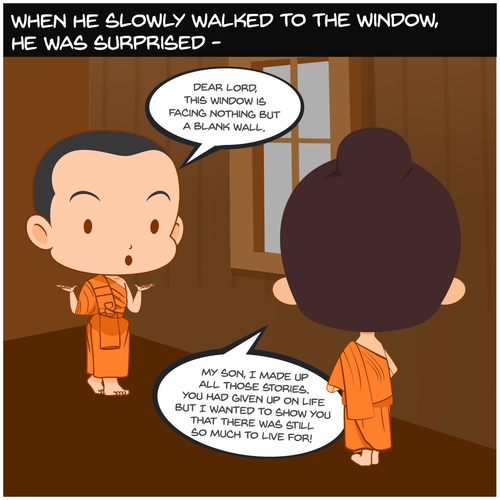 Next
One day, a group of disciples came to Lord Buddha.

“My Lord,” one of them said. “One of our brothers has fallen seriously ill. He is bedridden and doesn’t even have the strength to sit up. All of us are worried that he won’t make it!” The Buddha thought for a while and replied, “Don’t worry! I will personally tend to him.” From that day onwards, The Buddha started spending time with the sick disciple. He was too ill to even lift his head but just seeing The Buddha every day gave him hope. On Day One, The Buddha sat by the window and said to his disciple: “My son, you are too weak to sit up. Let me describe to you what’s going on in the world around us.” Saying this, The Buddha started describing scenes from the ashram. He told the sick disciple how all that was going on – the students attending their daily classes, performing their chores, feeding the cows and preparing meals. The sick disciple was still quite weak but he managed to smile at The Buddha. The next day, The Buddha went back to the hut. This time, he described all that was going on in nature. “My son, the trees are in full bloom. Birds are flying about and singing with joy. The deer and the peacocks are playing together. It’s such a beautiful sight!” This time, the sick disciple folded his hands and thanked The Buddha. This went on for days, The Buddha would sit with the disciple and describe the wonders of the world around him. Little by little, the disciple started gaining strength. By the end of the week, he was finally able to get out of bed. He was now on the path to recovery. The other disciples were overjoyed and along with The Buddha, they came to visit him. The convalescent disciple said to them “I am feeling so much better. Please take me to the window so that I can see for myself all that The Master has been describing for all these days.” When he slowly walked to the window, he was surprised. The window was facing a blank wall and nothing else was visible. He looked confused. The Buddha smiled and said “My son, I made up all those stories. You had given up on life just because you were ill and confined to this hut. I wanted to show you that there was still so much to live for!” Moral: During times of peril and unease, we get consumed by the concerns of the present time and give up hope. But it is wrong to do so. Visualize what life has to offer, think of all the possibilities and use that vision to help you come out of troubled times.

thanks for sharing this.. 👍🙏