IS 6 PACK ABS THE RIGHT FITNESS GOAL FOR YOU? 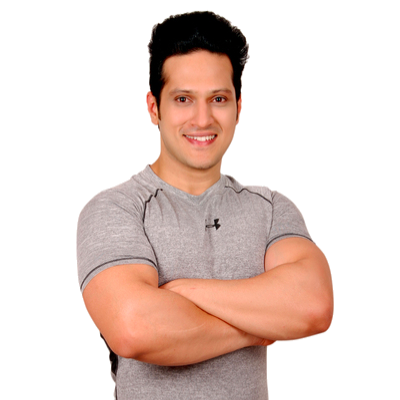 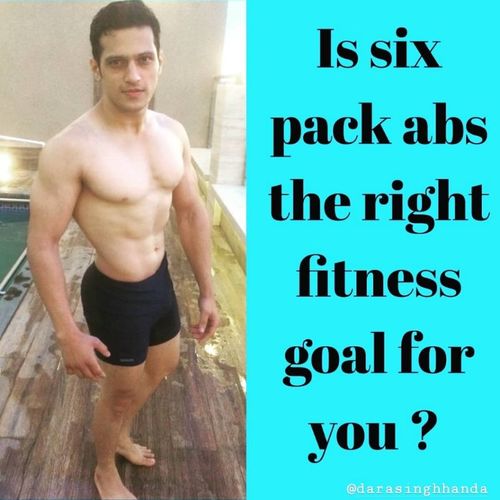 Fitness is broadly defined as the ability to perform a particular activity with ease. Often, I hear people saying that to become fit they need to have a set of abs or they should run a certain distance or lift a certain weight. Frankly it is far from the truth. 'Being fit' has nothing to with having a certain look or lifting a certain weight. For a marathoner, good fitness implies his ability to complete a marathon with good time and without injury. Whereas for a wrestler, it would be to compete with good strength and endurance while minimising injuries. On the other hand for a pro bodybuilder, set of abs is mostly a time from where he has to diet for another 12-24 weeks. They have to reach low body fat levels to the extent of having shredded glutes, and that's when they'll be acknowledged fit for a bodybuilding competition. The average Joe gets deceived by the trend. He perceives a six pack as the Holy Grail and runs after it without understanding the nitty gritty.

A 'six pack' is a layman's term for rectus abdominis. The complete set which looks fascinating includes rectus abdominis, internal and external obliques, transverse abdominis. To have a good set of visible abs, you need to fullfill the following conditions. 1. Low body fat levels Getting down to a low body fat certainly means that you have to be in a calorie deficit for long enough. The more fat you have to lose, the more time it's going to take for you to lose. For someone who's been fat for a long time, it may take years and years together. Doing endless crunches won’t help. This may make them feel that the target is unachievable but that's not true. It may take a long time and extreme levels of patience but yet, almost all can have a low body fat percentage. However, the road might be harder for some than others. 2. Good/ average abdominal muscle development All of us have abdominal muscle groups. It's not that you have to build them from scratch. You don't have to do something magical to grow them. You just have to increase their size and make them stronger. With increased size they become more prominent and you get that ripped look. Training abdominal muscles for size isn't majorly different from training any other muscle. You have to progressively load and challenge them. With time they get better and stronger. Even if you have a fair development of these muscles, your abdominal muscle will be visible once you reduce you body fat. 3. Skin elasticity/ tightness of skin Skin elasticity is the ability of the skin to get to it's original form once it's stretched. The two main contributors to the elasticity of skin is collagen and elastin. Skin also holds upto 20% of body water(viscoelasticity). Age and lifestyle has major effect on the skin elasticity. The earlier you start your fatloss journey the better it is. If you have already been smoking and drinking and having a sedentary lifestyle for a long time, you have damaged your skin to begin with. It also varies from person to person as there are genetic differences. The time for which you have been overweight and the extent to which you gained fat also affects elasticity. A person who's had high levels of bodyfat for a really long time might face some issues with loose skin. Weight training and good diet and a slow rate of fatloss may be of some help. Still there are changes of them having some lose skin. There are surgical procedures to get rid of it but it is expensive and painful. You may be able to achieve low body fat and good muscular development but yet won't have an impressive six pack if you skin is loose. Important points to Remember 1.Training for six packs may not be the right goal if you are overweight. You have a long route to cover. 2. If you have are realtively lean and have been in a deficit for long, it's better to have a maintenance phase before you approach six pack abs. 3. It's easier for some to achieve a six pack abs than others. 4. There's no standard body fat percentage you have to achieve to get 6 pack. Some people have visible abs at as high as 17%bf while some have to cut down to below 10%(men). 5. Some people can maintian a 6 pack as very high calorie intake (4-5k) while some might have to go down to very low calories. 6. Maintaining a 6 pack always may not be a realistic goal for some people. 7. 6 pack doesn't ensure that you have reached a pedestal of health and fitness. You can be unhealthy while having a six pack too. 8. Striking a balance between mental, social and physical wellbeing is important. There's no point of having a 6 pack with a bad social life or mental state. 9. Be commited to your goal. If your goal is to run a marathon, a 6 pack won't make you a better runner.