How much calorie surplus for gaining? 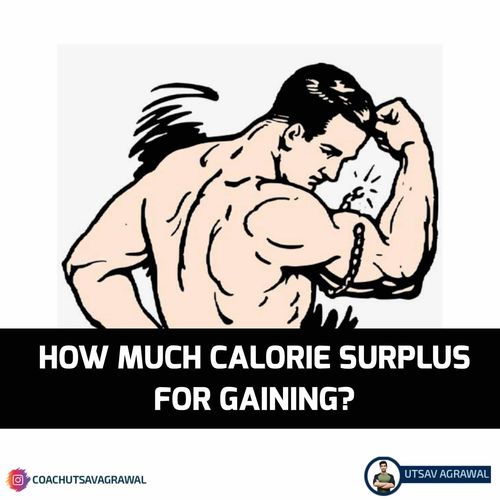 If your goal is maximizing muscle mass gains, you need to be in caloric surplus but now question occurs how much surplus from maintenance is ideal?

Old school thought is to eat as much possible and fill you up with all kind of foods because according to them more food means better gains But the fact is mean food does not mean better gains according to one study athletes (with almost same body composition) were divided into two groups. One group kept on the surplus of a planned surplus of around 500 calories and the other group was not tracking calories but the energy intake was more than the group who were tracking the calories. At the end of the study, the group who were on planned surplus and the other group gained the same amount of muscle and strength but the group who were eating much higher calories gained more fat overall So, creating a huge surplus does not have any advantage on the rate of muscle gain rather it can be counterproductive to shoot up calories by a big margin as it results in more fat gain. Takeaway- Consuming thousands of calories above your maintenance just make you fat and costs a lot of money, you are much better off creating a surplus of 100-400 kcal at a time. Reference -https://www.ncbi.nlm.nih.gov/m/pubmed/23679146/

Hi @utsav ! not sure why there is no hyperlink to reach to any article posted by experts, it takes to the image. are these articles only meant for paid membership?