How Does God Communicate With Us?

10 months ago | 1 minute to read
Motivation 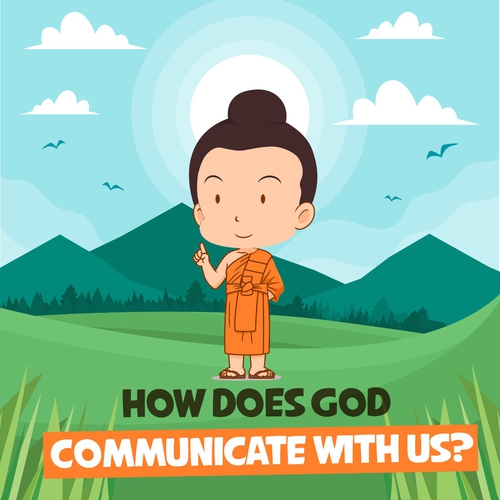 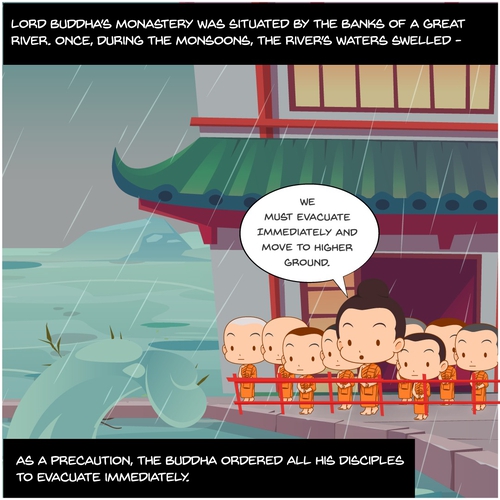 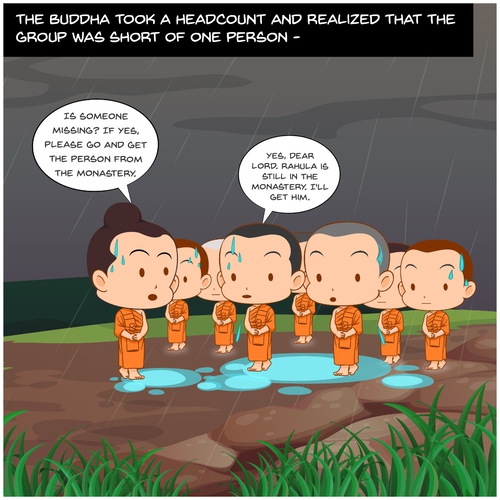 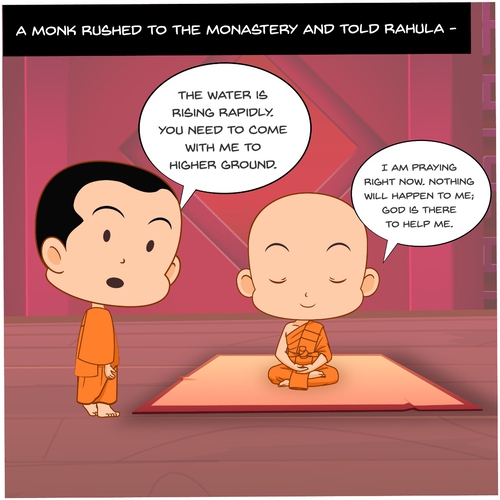 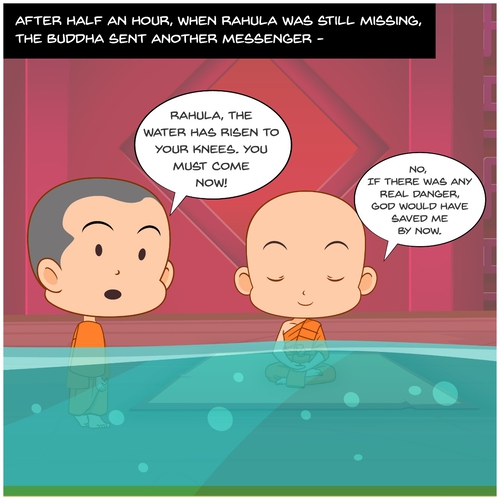 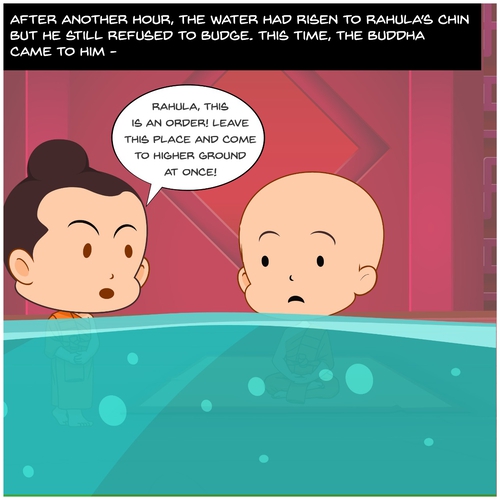 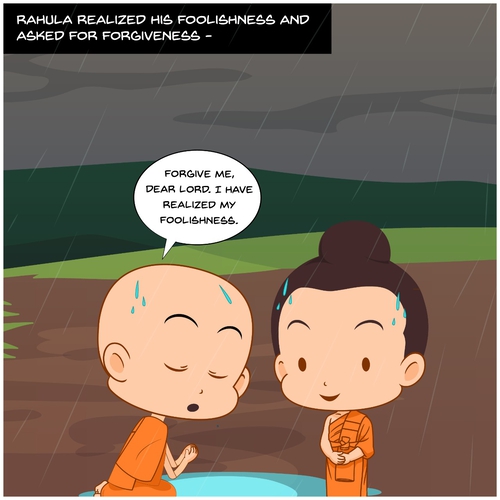 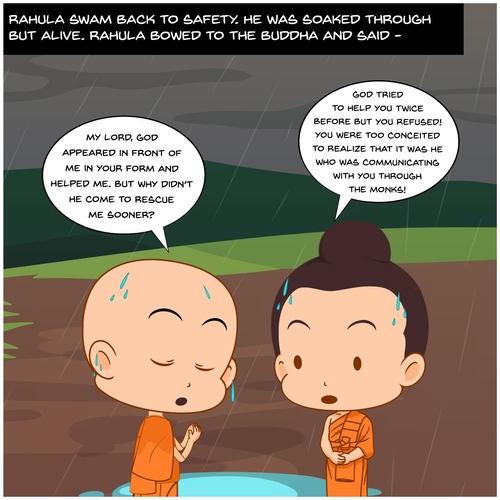 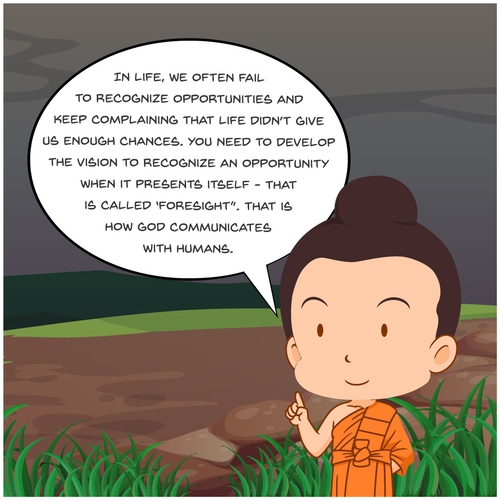 Next
Buddha’s monastery was situated by the banks of a great river. One day it rained heavily. The river’s waters swelled. For safety, Buddha ordered all his disciples to evacuate. Everyone had escaped to higher ground. Buddha realised Rahul is missing and fetched for him.

Half an hour passed, and Rahul was still missing. Buddha sent another messenger but Rahul wouldn't move. The water rose to his knees. He said he would’ve been saved by God if there was any real danger. The water was now at Rahul’s chin level. Angry, Buddha appeared in front of him and ordered him to vacate the monastery and move to higher ground. Rahula finally obeyed. Rahul told Buddha it was a miracle that God appeared in his form and helped him leave the monastery. He questioned why he didn’t rescue him sooner. Buddha smiled and told him that God tried to help him twice but he refused to listen because he was too conceited to realise that it was God who was communicating with him through monks. Rahul realized his foolishness and asked for forgiveness.

i am inside you, just search for me in you