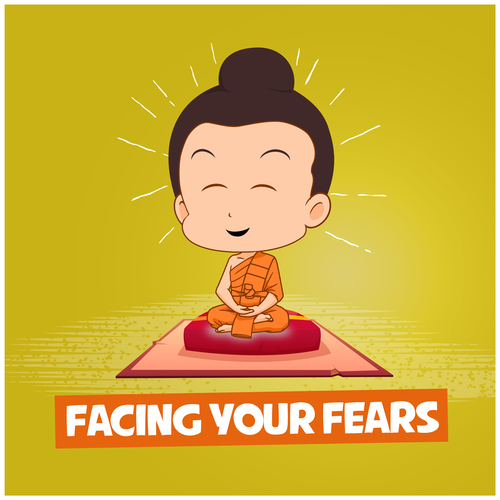 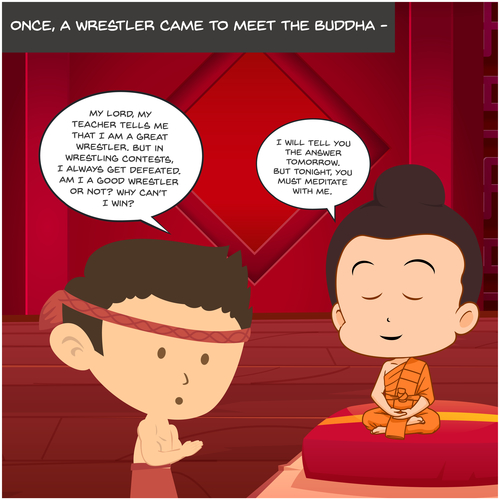 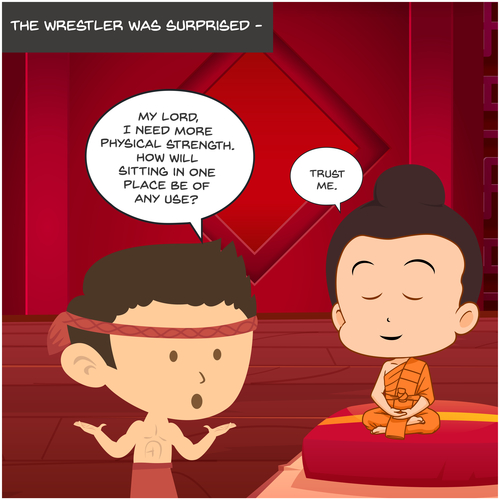 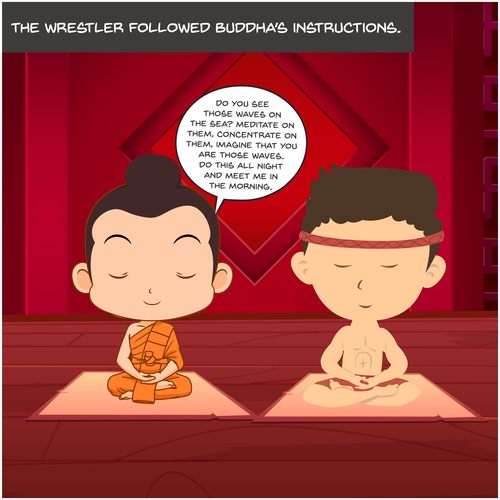 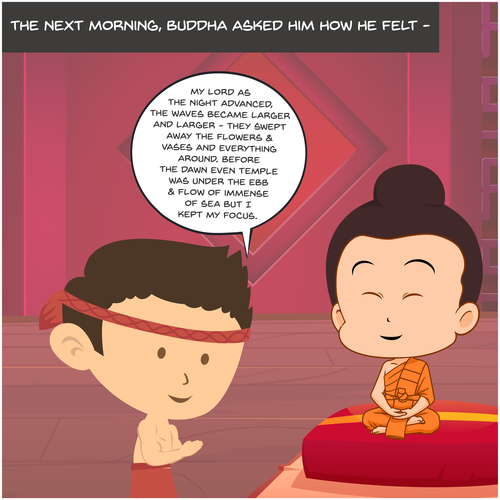 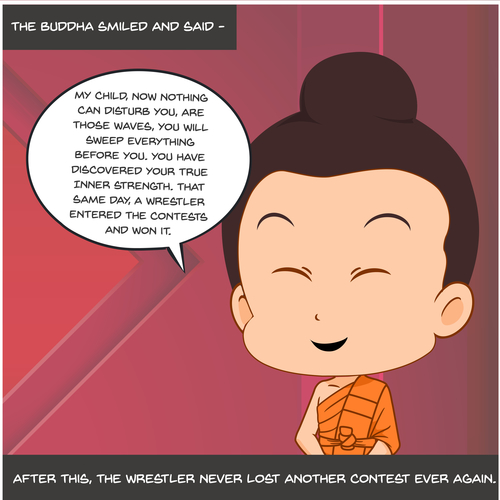 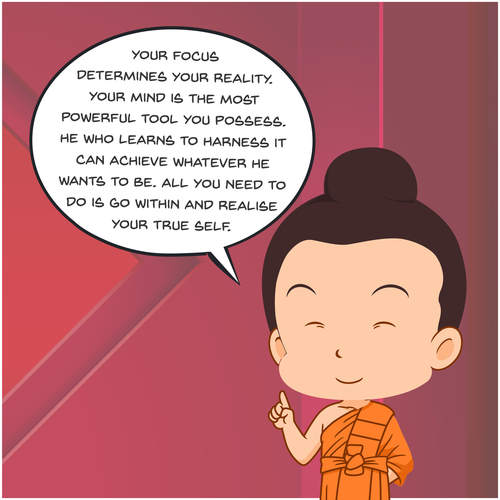 Next
One day, a wrestler came to meet The Buddha.

“My Lord”, my teacher tells me that I am a great wrestler. But in contests, I am always defeated. Why can’t I win?” The Buddha smiled and said, “I will tell you the answer tomorrow. But tonight, you must meditate.” The wrestler was surprised but agreed. At night, The Buddha gave him instructions. “Do you see those waves on the sea? Meditate on them, imagine that you are those waves. Do this all night and meet me in the morning.” The wrestler did as he was told. The next day, he went to speak with The Buddha. In a calm voice, the wrestler said, “My Lord, at first, my mind wandered. As the night advanced, the waves became larger and larger. But I kept meditating and now, I feel one with the waves". The Buddha smiled and said, “My child, now nothing can disturb you. You have discovered your true inner strength. That same day, a wrestler entered the contests and won. Soon, he became known as the mightiest wrestler in all the land. MORAL: Your focus determines your reality. Your mind is the most powerful tool you possess. He who learns to harness it can achieve whatever he wants to be. All you need to do is go within and realise your true self.