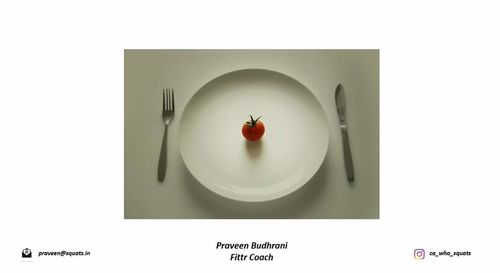 We often hear various spirtual leaders turned businessmen and even some of the fittest bollywood celebrities advising people to avoid having food at night ( after sunset) or to avoid roti /rice at night (basically carbohydrates) in order to tackle obesity problems. Most of them justify their advice by saying that metabolism tends to be slower at night.

While a normal guy like you and me , who was having normal 3 good meals a day till now, will see a sudden weight loss by not having dinner or by having light dinner. Which of course is because he is now eating less than his maintenance calories and has nothing to do with metabolism (aka resting metabolic rate) being slower at night. As per the research done by Seale JL1, Conway JM. in 1999 on "relationship between overnight energy expenditure and BMR" found out that " an overnight resting metabolic rate is equivalent to metabolic rate during the day " , further another set of research by Zhang K and collegues in 2002 stuyding on " Relationship between metabolism and body mass index" found that " metabolic rate during the sleep was lower for obese subject when compared to metabolic rate during the day time, however non-obese subject actually had higher metabolic rate during their sleep as compared to day time, thereby concluding the fact that variation in metabolic rate is a more so a function of body composition/fat free mass rather than timing of the day". Practical takeaway : While skipping dinner or light dinner wont kill you , on the contrary intially it might make you lose weight. however whether that lost weight will be permanent or not , will depend on how many dinner are you ready to skip in your life span..lol😉. On the serious note , being on quantified calorie deficit is the most sustainable way/long lasting way to lose weight rather than following a random suggestion given by any popular celebrity. No matter how fit they are themselves , what worked for them might not work for you. cheers !!! https://www.ncbi.nlm.nih.gov/pubmed/10099943 https://www.ncbi.nlm.nih.gov/pubmed/11896493