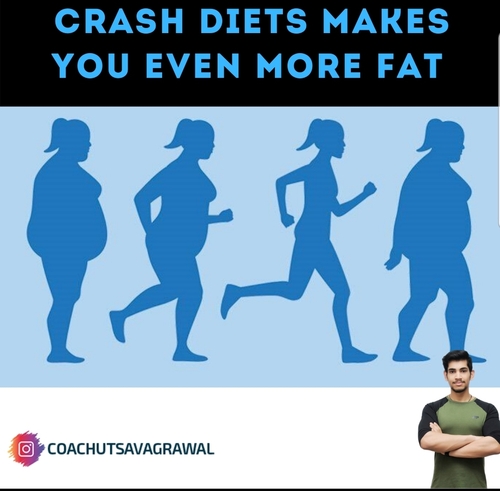 It is disheartening to see people following fad diet detox or reset program, setting them down a treacherous road of failure. These "quick fixes" do nothing but make weight loss harder and harder and can harm someone's metabolism and long term success.

There have been numerous experimental starvation studies that illustrate the body's effectiveness to overshoot, a phenomenon called "body fat over-shooting."Many of these experiments were conducted during the famine of WW2, the famous Minnesota experiment for example, where researchers took thirty-two healthy volunteers put them through a twenty-four week semi-starvation period followed by a twelve-week restricted rehabilitation (controlled feeding), what's fascinating is after the twelve weeks restricted rehabilitation the volunteers continued to over-consume beyond pre-starvation levels, this response persisted for several weeks and contributed to body weight "over-shooting" as mostly fat In layman's terms, it seems post-diet, depending on the severity and length of the diet, your body tends not only to favor fat regain but aims to add additional fat stores for a "just in case" moment. It makes perfect sense from an evolutionary perspective as a famine would have ended our species pretty damn quick, by the research it almost seems like, after a diet which is essentially controlled starvation, your body is preparing itself for another "famine." This can be seen anecdotally, how many of you know someone that has lost a significant amount of weight only to gain it all back and then some? It is prevalent, and this study illustrates it perfectly. I know safe, sustained weight loss at this point sounds too overwhelming. Still, It is very attainable and is 100% possible adherence, behavior change, and sustainable habits take years, decades to manifest and become proficient, understand this when starting a weight loss endeavor, it's about the journey and the person you become throughout the process. Reference- https://www.cambridge.org/core/journals/proceedings-of-the-nutrition-society/article/how-dieting-makes-some-fatter-from-a-perspective-of-human-body-composition-autoregulation/8A3D55F5F6A104E0A7D08C5D83021D17/core-reader