Breaking the barriers of Somatotypes 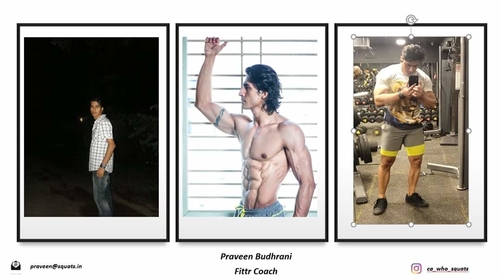 For those of who don’t know, somatotypes are classification of human bodies into types ; (i) Endomorph – implying bulky physique, (ii) Ectomorph-implying lean physique and (iii) Mesomorph – implying muscular physique. Theory of classifying the human body was done by American psychologist William Herbert Sheldon in his book “The Varieties of Human Physique” in 1940s by analyzing 4000 photographs of Ivy League undergraduates. The objective of this study was understanding the potential, temperament and so-called moral character of a person basis their body type. Usefulness The theory itself has received lot of criticism from other experts on the sustainability of above hypothesis, lack of consent of student to even falsification of data (ref: https://www.ncbi.nlm.nih.gov/pubmed/18447308 ) . However, for some reason theory continues to remain popular in fitness circles and people/youtubers even claim to design the nutrition and workout plans according to somatotypes/body types. While there is a research implying that somatotyping can be useful in selecting sports career or predicting any sport specific performance for some sports ( Ref : https://www.ncbi.nlm.nih.gov/pubmed/26424190). however, the practical application can be very limited and can be hedged by acquiring right skills and working harder. As an example, we have seen fast bowler bowling 150 + speed across somatotypes (Ishant Sharma, Mitchell Starc – Look like ectomorph, Mitchell Johnson - looks like a mesomorph and Shoaib Akhtar – combination of endomorph and mesomorph). Also, keeping sports aside, I can see no reason why very somatotypes should be relevant for achieving fitness goals of fat loss or muscle gaining. Role of Genetics While there is no denying the facts that genetics play a very important role in achieving your physique goals because of which some people tend to put on muscle faster and some people tend to lose faster. (Ref : https://www.ncbi.nlm.nih.gov/pubmed/9880251 ) , however somatotyping tends to create barriers among people that they cant change their body type over time, which isn’t true. Using one of awesome mentor’s at Fittr, Anupam Adarsh Mishra as an example, if you probably look at his current condition where is he trying to achieve his powerlifting goals , you would probably think that he is an endomorph and seeing him in his most shredded condition, at the time of winning transformation challenge , he would probably look like a mesomorph and seeing him at younger self, he would have looked like more like a ectomorph. Conclusion So, to conclude just because you look the certain way now doesn’t mean you won’t change overtime and further there is no special diet and workout required for either of somatotypes. The best thing to do achieve your physique goal is as follows: (i) Nutrition: Following Quantified Nutrition and being on calorie deficit for fat loss and calorie surplus for muscle gain. (ii) Training: Borrowing from Exercise Science, Progressive overloading/improving and by self-experimenting on what works for you and your goals the best. cheers, Praveen #fittr #fittrcoach