Benefits of NEAT and its contribution in special population 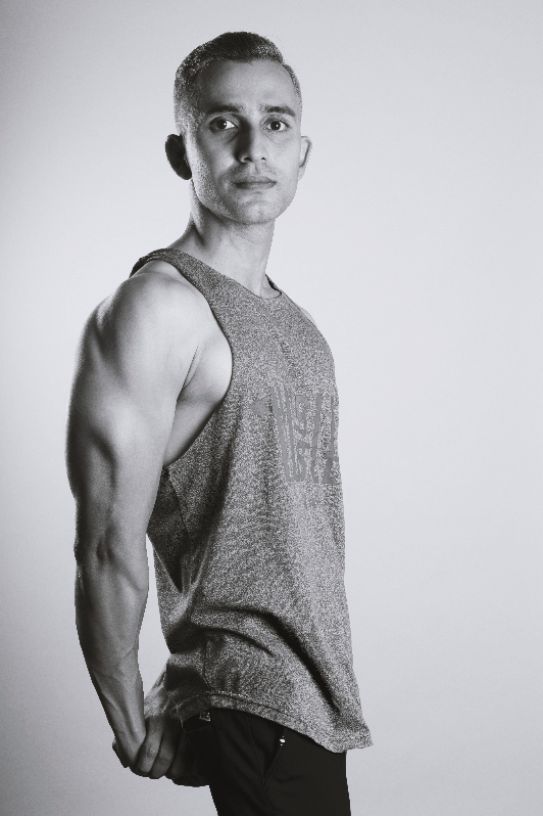 3 weeks ago | 1 minute to read
Others 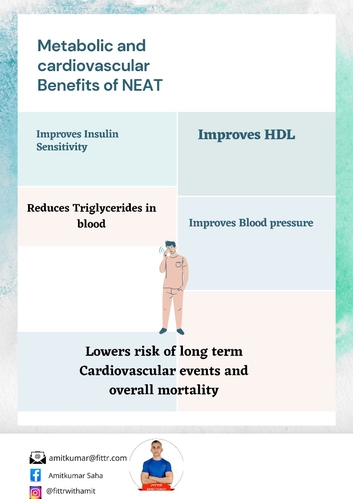 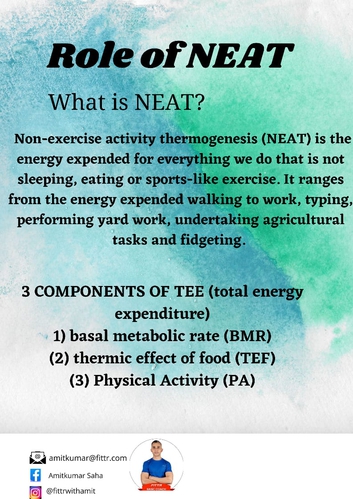 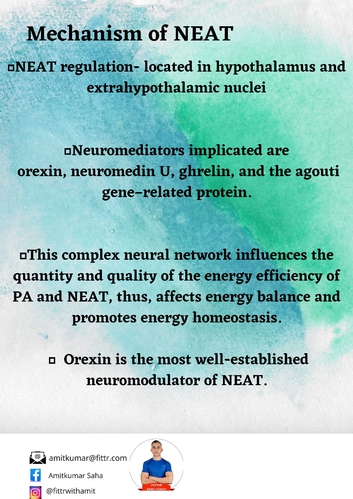 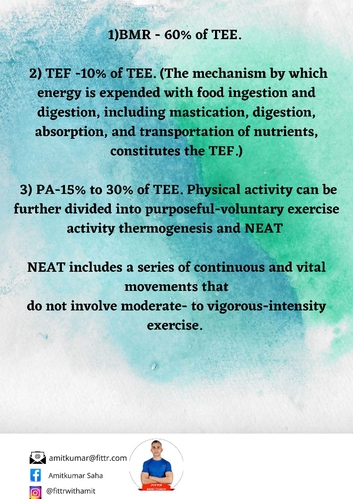 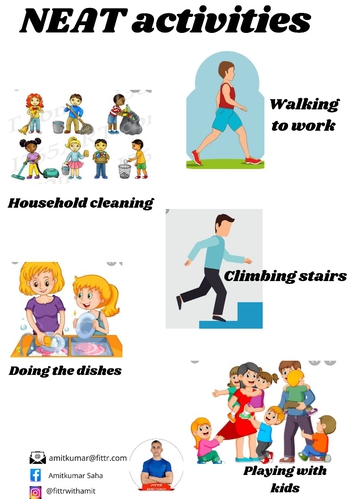 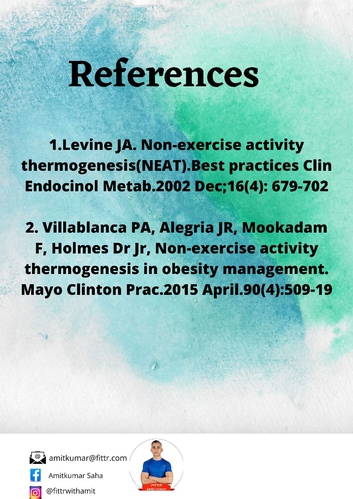 Non-exercise activity thermogenesis (NEAT) is the energy expended for everything we do that is not sleeping, eating or sports-like exercise. It ranges from the energy expended walking to work, typing, performing yard work, undertaking agricultural tasks and fidgeting. One study that measured NEAT in lean and obese people (all of whom were sedentary and had similar jobs) found that obese people sat an average of two-and-a-half hours more per day than lean people, while lean people stood or walked more than two hours longer each day than obese people. EFFECTS OF OCCUPATION: Occupation or one’s nature of work is a key determinant of NEAT. Highly physically-active individuals expend up to three times more energy in 24-hours than subjects with negligible bodily activity. NEAT can vary by as much as 2000 kcal day-1 when comparing two adults of similar body size, lean body mass, age and gender. A sedentary person who has mostly seating job, occupational NEAT will be around 700 kcal/day. A person who has mostly standing job (For example working on shop floor, shop owners) can increase their NEAT up to 1400 kcal per day. An agricultural person or someone who is engaged in rigorous physical activity will have NEAT up to 2000 kcal per day. EFFECTS OF TECHNOLOGICAL ADVANCEMENTS: Television, mobiles, play stations and other entertainment gadgets have replaced physical activity resulting decreased NEAT. Similarly certain other electronic equipment like washing machine, dish washer, microwave etc have reduced house hold work related NEAT. Extensive usage of motor vehicles like four wheelers, two wheelers etc has reduced walking or cycling that used to be a natural habit in past. More dependent we are on such advanced electronic gadgets, unknowingly we reduce our NEAT resulting lesser calorie burn or gaining fats. METABOLIC AND CARDIOVASCULAR BENEFITS OF NEAT Increased NEAT has shown its effect in improving HDL level in human body. It also reduces Triglycerides in blood. NEAT also improves blood pressure and insulin sensitivity. It also lowers risk of long-term Cardiovascular events and overall mortality. ROLE OF NEAT IN OBESITY AND SPECIAL POPULATION A lean person’s NEAT is more than double compared to an obese person where other criteria are constant like physical activity, food intake etc. Hence increasing NEAT has shown positive results in among special population who is suffering from Type 2 Diabetes, Insulin Resistance, PCOD, PCOS etc. HOW DO WE INCREASE NEAT Take stairs instead of using lift, park your car little far which will allow you to walk a distance, move or walk around after an hour interval, increase house hold work like cleaning & cooking, walk inside your room or at your balcony while speaking to someone in mobile. These simple small steps will increase your NEAT. You may miss your work out for a day but that will not matter much in case you compensate an hour exercise by following these small little steps. Reference: https://www.ncbi.nlm.nih.gov/books/NBK279077/