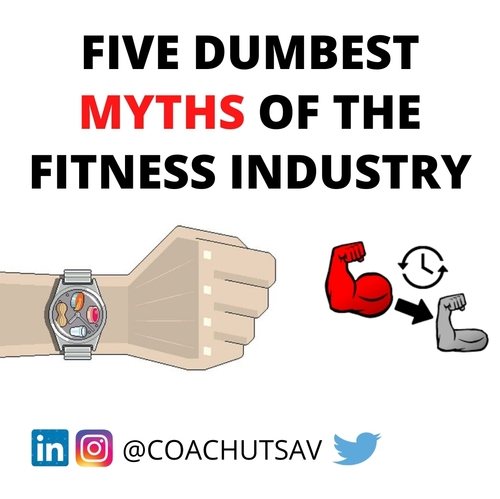 5 DUMBEST MYTHS OF THE FITNESS INDUSTRY

Nutrition
The fitness industry attracts myths like bears to honey. And we rush to them like moths to a flame!

It seems as if the more sanity one tries to bring to the discussion, the louder the cacophony of myths gets. Vague statements and dubious strategies abound and it can become difficult to make it through this minefield of lies. But that’s where we come in. It’s time to blow these myths to smithereens! Carb Backloading Heard about how carbs at night make you fat? Well, here’s that myth’s distant cousin - Carb backloading, also known as eating fewer carbs in the morning and more carbs at night because it’s healthier! The Claim: In the morning, your cortisol levels (aka the stress hormone) are high and insulin sensitivity is low. Hence, it’s best to avoid eating carbs early in the day because they are more likely to be stored as fat. The Truth: Numerous studies have clearly shown that the timing of your calorie intake, whether in the morning or evening, has no impact on either weight loss or fat control. Eating at Night Makes You Fat Ah, the old favourite! The Claim: Eating food towards the latter half of the day will make you fat. The Truth: Caloric intake is the most significant determinant of weight change. If calories are equated, then eating most of your food at night versus in the morning seems to have little to no impact on how much fat you put on. Breakfast is the most important meal of the day. Every time I watch those ads where parents and their kids are sitting around a table and pouring dessert...I mean, breakfast cereal into bowls, it makes me gnash my teeth! The (really tall) Claim: You MUST consume food upon waking up because it's inherently "healthy." Youo’ve been starving through the night and if you don’t suff your face with food first thing in the morning, then you’ll lose your gains (and people will also call you a bad parent!). The Truth: This has no credibility whatsoever! Of course, for some of us, breakfast is an essential meal and without it, some people can’t start their day. If you’re one of them, then by all means, carry on eating breakfast. But if you’re on a diet and trying to lose weight, pay attention: In a meta-analysis, it was found that participants who ate breakfast had a higher total daily energy intake than those who skipped breakfast. This means that the group that consumed breakfast did NOT compensate for their energy intake later in the day by eating less throughout the day. So should you eat breakfast or not? At the end of the day, adherence and convenience are going to be the determining factor with whatever diet strategy you decide to use. If you wake up feeling really hunger and want to eat, then go for it. Other than that, breakfast doesn’t serve any such additional health benefits. If you don't eat until mid-afternoon, that works as well. Turning Muscle into Fat The Claim: An old, but still startlingly common belief is that if you stop training with weights, then all your muscle gets converted into fat. The Truth: The fact is that when you stop training, there will be some degree of muscle loss. However, that does not mean that the muscles you had will get converted into body fat. Muscle and fat are two separate and distinct things. Generally, people gain body fat (in detraining) because they don't adjust the calorie intake according to the activity level after leaving the gym. You can’t eat the same amount of calories that you were eating during your training phase when you’re not working out. Adjust them to your reduced activity and there’s no reason why you’ll put on fat. Turning Fat into Muscle The exact opposite scenario: The Claim: If you gain weight quickly and then retain the excess weight for longer, you can "harden up" and a higher percentage of that weight will become muscle. If only that were true! The Truth: There is no way - literally no way - for your body to convert your extra fat tissue to muscle. It’s like someone trying to turn iron into gold. Sounds good, but rarely happens. Don’t get fooled into thinking this is possible! To gain muscle mass, you need to eat more calories than you burn and to lose fat, you need to consume fewer calories than you burn. When the mechanics are different, the results will also be different. If your friends/family still believe these myths, share this article with them. Are there any other topics you want me to cover? Let me know! Take Care, Stay Safe. Reference- 1.https://www.ncbi.nlm.nih.gov/pubmed/3508745 2.https://www.ncbi.nlm.nih.gov/pmc/articles/PMC5572489/ 3.https://www.bmj.com/content/364/bmj.l42 4.https://www.ncbi.nlm.nih.gov/pubmed/17483007 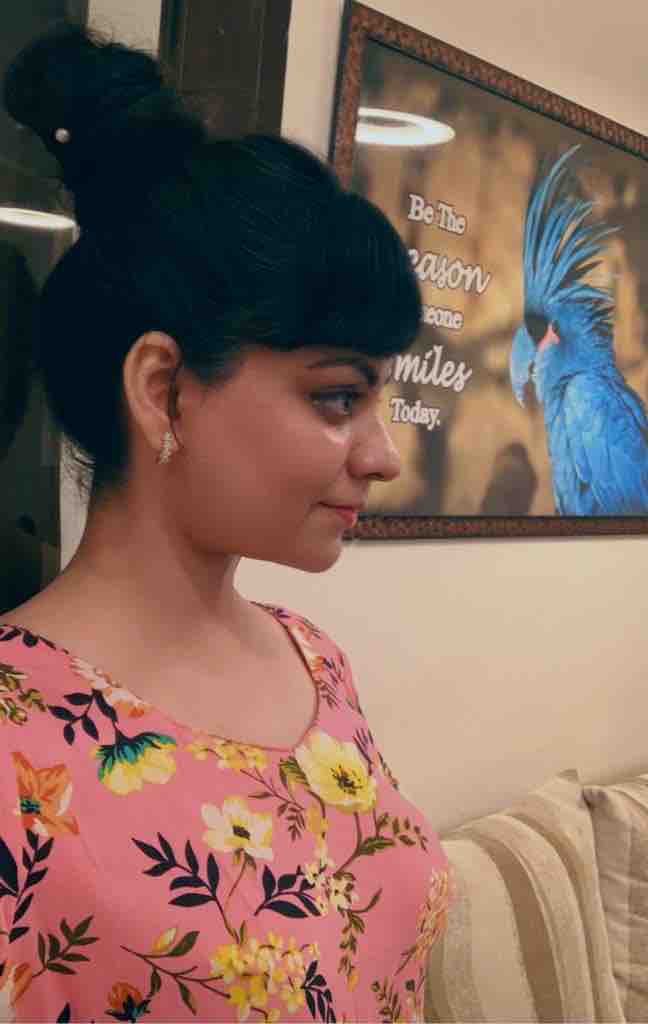